My Life as a REMF (Rear Echelon… “Military Fellow”) 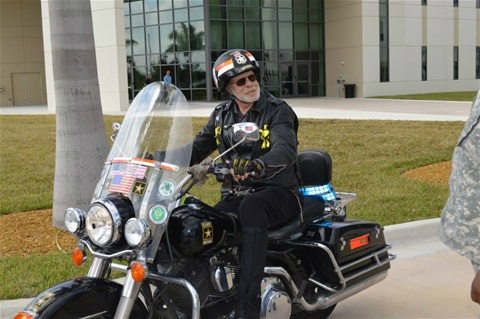 In preparation for a Civil Service retirement ceremony, some of my former co-workers asked for a “bullet-form” CV/Bio of my slightly more than 44 years of uniformed and civilian service to the U.S. Army and Dept. of Defense, to be used in the “program” for the ceremony.

As I was preparing it; I found that the things I felt were important about my years of service were more than could go on a “one-pager”, so I expanded the bullets to go beyond the usual “Ain’t I cool” kind of Bio, to tell what was going on beyond and behind the “good stuff”.

You see, for the first 18 years or so of this period, I was often NOT a very good soldier, or a very good human being, for that matter.

Among the reasons -- not the excuses, mind you, as only I am responsible for the choices I made -- choices which harmed the people around me, and me –- among the reasons for my sometimes profoundly wrong actions – were:

One night in a barracks room inside a Quonset hut on Camp Casey, Korea, God touched me and moved me to seek help – other soldiers gave it, and not to long after that I stumbled my way back to the foot of the Cross, where I had once come as a child, with a child’s simple faith.

I’ve grown in faith and understanding since that time, which is why I thought I should share the “long form” details of my journey with others – it might help someone, and that’s more than worth my “privacy”.

For years, when asked about My retirement plans, I’d reply: “I’ll retire when they carry me out.”  Well, Friday evening, the 5th of September, 2014 – EMTs carried me out of the building… so…

My long career and life (yes, I am old – I don’t mind, it’s a privilege denied too most) I’ve learned the most important thing we can do is love and take care of those around us.  Other military people sowed the seeds that, eventually, led me to seek help for my alcoholism and other “sin-addictions” and “find my way back” to my Lord, my family, and honorable service.  More recently, other military family members’ quality actions contributed to me surviving a medical “event” that very few people survive.

This is part of the reason that I so fiercely love the soldiers, sailors, Marines, airmen and Coast-Guardsmen of the United States.  I deeply honored to have served “…in the company of heroes.”

Wow, how little we know one another.

That's the point of the post - "warts and all" -- I'm hoping real transparency, without violating another person's privacy, will build trust and attract people to talk about the important things.

You are an inspiration, and a great friend. Thanks for all the great advice and being there for my friends, and me. Love you Brother.