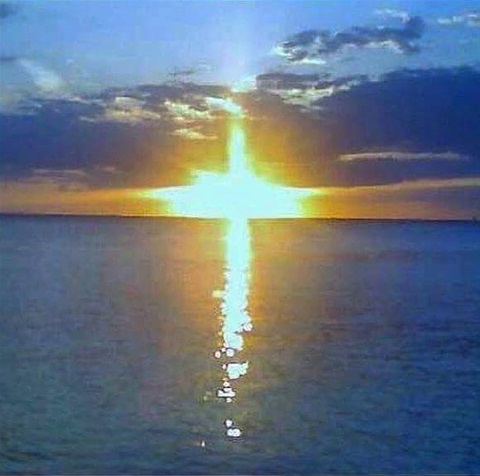 “Taste and see that the Lord is good;

blessed is the one who takes refuge in him.

Fear the Lord, you His holy people,

for those who fear him lack nothing.

The lions may grow weak and hungry,

but those who seek the Lord lack no good thing.

Come, my children, listen to me;

I will teach you the fear of the Lord.

Whoever of you loves life

and desires to see many good days,

keep your tongue from evil

and your lips from telling lies.

Turn from evil and do good;

seek peace and pursue it.

“Do not repay anyone evil for evil.

Be careful to do what is right in the eyes of everyone.

IF IT IS POSSIBLE, AS FAR AS IT DEPENDS ON YOU, LIVE AT PEACE WITH EVERYONE (emphasis added).

“If your enemy is hungry, feed him;

if he is thirsty, give him something to drink.

Do not be overcome by evil, but overcome evil with good.”

“But there were also false prophets among the people, just as there will be false teachers among you. They will secretly introduce destructive heresies, even denying the sovereign Lord who bought them—bringing swift destruction on themselves.

Many will follow their depraved conduct and will bring the way of truth into disrepute.

In their greed, these teachers will exploit you with fabricated stories. Their condemnation has long been hanging over them, and their destruction has not been sleeping.

For if God did not spare angels when they sinned, but sent them to hell, putting them in chains of darkness to be held for judgment; if he did not spare the ancient world when he brought the flood on its ungodly people, but protected Noah, a preacher of righteousness, and seven others; if he condemned the cities of Sodom and Gomorrah by burning them to ashes, and made them an example of what is going to happen to the ungodly; and if he rescued Lot, a righteous man, who was distressed by the depraved conduct of the lawless (for that righteous man, living among them day after day, was tormented in his righteous soul by the lawless deeds he saw and heard)— if this is so, then the Lord knows how to rescue the godly from trials and to hold the unrighteous for punishment on the day of judgment.

This is especially true of those who follow the corrupt desire of the flesh and despise authority.

Bold and arrogant, they are not afraid to heap abuse on celestial beings; YET EVEN ANGELS, ALTHOUGH THEY ARE STRONGER AND MORE POWERFUL, DO NOT HEAP ABUSE ON SUCH BEINGS WHEN BRINGING JUDGMENT ON THEM FROM THE LORD (Emphasis added).

But these people blaspheme in matters they do not understand.

They are like unreasoning animals, creatures of instinct, born only to be caught and destroyed, and like animals, they too will perish.

“It is a serious thing to live in a society of possible gods and goddesses, to remember that the dullest most uninteresting person you can talk to may one day be a creature which, if you saw it now, you would be strongly tempted to worship, or else a horror and a corruption such as you now meet, if at all, only in a nightmare. All day long we are, in some degree, helping each other to one or the other of these destinations.

It is in the light of these overwhelming possibilities, it is with the awe and the circumspection proper to them, that we should conduct all of our dealings with one another, all friendships, all loves, all play, all politics.

There are no ordinary people.

You have never talked to a mere mortal.

Nations, cultures, arts, civilizations - these are mortal, and their life is to ours as the life of a gnat.

But it is immortals whom we joke with, work with, marry, snub, and exploit - immortal horrors or everlasting splendors.”

I urge my Brothers and Sisters in Christ to remember these words, from a Priest-King and Prophet, Apostles, the Lord Himself, and the echoing words of inspired Christians past and present, when commenting or interacting with anybody and everybody on social media or in real life.

These contentious and polarized times have successfully tricked many of us into reacting in ways and with words that do not properly reflect our Faith, Hope, and Love; “they” should know us by our reflection of these things in all our affairs, as we are called to forgive and give grace as we have received them – to do right, as “right” is known by those who know Him.

As for the rest, “they” should know us by the light of our Love, which is HIS light, shining through us, even though they may not recognize the source of that light (John 1:1-10).