Gotta know when to fold 'em 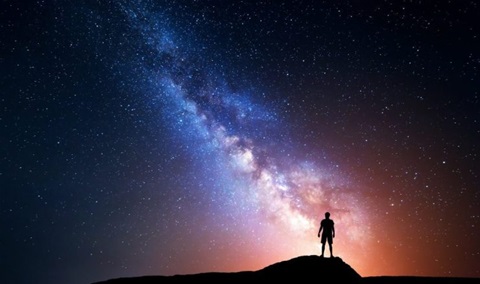 Sir Winston, like myself, struggled with chronic and episodically severe depression - he called it "the black dog" - all his life.
Perhaps the thing that not only carried him thru his dysthymia, and the times when "the black dog" seemed to have him by the throat, and also helped him to rise to his standing as one of the greatest leaders of the 20th century, was this philosophy of "no surrender".
Adopting a similar attitude has certainly helped me to survive my own tussles with the great black dog, although I claim no greatness beyond that of being a child of the one true God. My more than 40 years, in Army uniform, and as an Army Civilian, helped shape this important attitude, I used to tell "my" troops: "I can summarize the Army ethic for you in only three words: 'We Don't Quit!'".
But I say "similar" about my attitude, because I have also been blessed to have reached some points in my life where all I could do was to surrender -- to give up in the face of something that was simply too much for me to bear or "handle" on my own... blessed by having to realize my utter and unequivocal dependence on my God to survive.
This is why the 12-steps programs used to (maybe still do, IDK; 'haven't been to a meeting, despite - or maybe because of - more than 33 years of "sobriety", in a really long time) put so much emphasis on "hitting bottom" - arriving, each to his or her own unique point in our psycho-scriptural life, where all our own self-reliance, tricks, techniques, and resources are recognized as inadequate to the challenge of overcoming the despair and disintegration and degradation we'd brought on ourselves (and that realization of where the real responsibility for our circumstance resides is critical).
When we survive it, it's because we gave up and then looked up - the only direction remaining from where we'd brought ourselves, and having the scales of pride, rugged individualism, self-reliance, etc. jarred loose from our eyes by the long fall to bottom, we saw the hand of something or someone far greater than ourselves reaching down to lift us out of the wreckage of our lives and in to a new and more abundant life, dependent on it/Him for the power to do for us what we could not do for ourselves.
It is "the gift of desperation", and properly received and used, it will lead us to everlasting life, as it did me; the 12 steps brought me (back) to the foot of the Cross, "where death was defeated and my (new) life began".