Making Up Your Mind to Make It Better 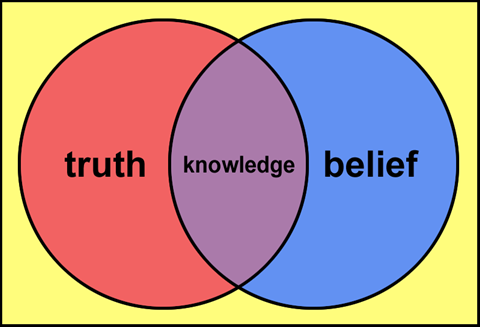 Making Up Your Mind to Make It Better

“Don’t make up your mind. ‘Knowing’ is the end of learning.” — Naval Ravikant

“Our knowledge is an infinitesimal spark which may ignite a tiny flame of wisdom with which we can begin to navigate thru the dark and unknown vastness of the very next moment in our lives.” -- Stephen D. Lucas

One of my favorite subjects and tools for determining how little I (and, quite frankly, others) know and in creating irrefutable knowledge of my lack of knowledge in so many things.

There seems to be something very much like “a will to know” among the best of us, and the will to know and understand how things work is behind almost all of the truly good social, technological, and scientific progress that has benefitted so much of mankind.  But, it often seems a weak and puny thing, rather easily overcome by people’s ability and self-centered desire to ignore inconvenient and discomforting truth and facts, so much so that some claim to “know” that truth cannot be known or is somehow malleable; this is powerful ignorance and foolishness and comes in a variety of calibers to fit any number of intellectual chamberings.

This essay was inspired in, part, by a collection of quotes on the subject of “knowledge” on a veteran’s website (Rally Point) in which the quote it begins was featured prominently.

My reaction to Mr. Ravikant’s words on knowing is that they deserve some serious parsing and should not be taken too literally. It is true that a premature or arrogant assumption that we know what we need to know to proceed thru our missions and our lives victoriously and with excellence is a dangerous thing which may often snatch defeat from the jaws of success.

But, leaders and “followers” alike must always be prepared to say, “I know enough”, and then act. There’s a great discussion and real-world example of deciding when “enough (knowledge) is enough”, and in the associated timely decision making, in Tom Clancy’s (with Gen. Franks) non-fiction work “Into the Storm: a Study in Command” (1991), which should be on every modern warrior’s and leader’s reading list.

Technology, planning teams, and our own down-the-rabbit-hole “googling” can and will produce more and more data, “intel”, analysis, and contingency plans, perpetuating “learning” at the expense of timely, appropriate, and necessary action. This is known, in some knowledgeable circles, as “analysis paralysis”, or “data paralysis”, or being “overcome by events”, or more simply: “failure”.

I’m quite sure Mr. Ravikant has made both successful and unsuccessful decisions ("made up [his] mind") based on incomplete knowledge about potential ventures and investments; it didn’t mean that he stopped learning in the process. In fact, his great wealth and business successes are a good indication that the things he knew or thought he knew (correctly or not), didn’t at all stop or inhibit him from learning more new and true things.

“An open mind is really a mark of foolishness, like an open mouth. Mouths and minds were made to shut; they were made to open only in order to shut.” (G.K. Chesterton, in the “Illustrated London News”, October 10, 1908)

Like the Mark Twain (Samuel Clemens) quote humorously alluded to, the process of intellectual maturation involves growing in humility as much or more than growing in knowledge. I.e.: by the grace of God, I don’t think I know nearly as much as I used to think I knew; “the further I go, the less I know”.

However, I am more sure and certain than ever before that some of the things I know and believe are properly known, rightly believed, and true, for I’ve seen them tested and refined by the fires of hard times, suffering, and difficult circumstances, and they have withstood the challenges of practicality and my own and other's irrationality and self-serving ignorance.

Among the most important:

-- God is, and is Good, in goodness’s purest form.

-- God is greater, more merciful, and more compassionate than we can even know in our current stunted-by-sin limited intellectual and emotional capacities.

-- God is present in His creation and people can align their will with His, for the good of themselves and of all creation, by growing in their knowledge of Him and in the deliberate deepening of their willing intimacy with Him.

-- The willingness is all; unattainable knowledge and unknowable unknowns will always be a factor, but miraculous wisdom and discernment may be made available by those willing to earnestly and humbly seek it from the source of all goodness and wisdom.

-- Knowledge is not wisdom, but it is a subset thereof. A little knowledge, humbly recognized and acknowledged as a dangerously inadequate thing, can contribute to wise living, if it includes knowledge and acceptance of God’s grace.

-- It is better to be free than to be a slave, except when in the service of the One true God, subject to His complete sovereignty.  The most common enslavements are those where we form our own chains from our habits of mind and body turned addictions.

-- No human person, except the Christ, and no group of persons (including "the Church"), is wise enough or good enough to be absolute Master over another human person or mass of people.  This is true whether is a personal or mass dictatorship -- a “controller”, a despot, a Pastor or Priest, or a government.

-- The noblest and most loving mission any person can attempt is to free themselves and others from the chains of enslaving ignorance, from corrupting sin, and from the totalitarian deprivations of God-given freedom and civil liberties by people mistakenly and ignorantly seeking to impose their will on others or to be the masters of others (probably in that order), rather than seeking knowledge of God’s will for themselves in His Living Word and from His Holy Spirit.

-- Providing the means and supplying the needs of people trying to do the noble mission(s) described above is, probably, just as important as they are.

-- We are meant to live, most healthily, in communities of people trying to do the above things before serving themselves.

I thank the Lord for the people found within the community of God’s Church for this and other knowledge that has transformed my mind, heart, and soul for my eternal good; With their help and that of the Holy Spirit, I’ve made up my mind, and “I have decided to stick with love.  Hate is to great a burden to bear” (Dr. Martin Luther King, Jr.).