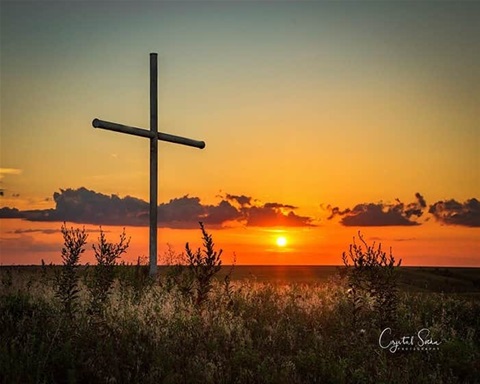 Widening the Circle
“On a trip to Russia in 1991 I participated with a group of Christians who actually prayed with officers in the KGB. ‘We invited you because we need to learn the meaning of the word repentance,’ said the presiding colonel.”
“After we left, he proceeded to distribute two million copies of the New Testament to Russian army troops.
“With shame I realized that during the Cold War not once had I prayed for Russian leaders.
“Perceiving them as mere enemies, I never took the step of bringing them before God and asking for God’s point of view.
“What about Islamist radicals who now oppose the West with violence?
“What effect might it have if every Christian church adopted the name of one al-Qaeda member and prayed faithfully for that person?
“More, should we be searching our souls prayerfully for the very symptoms in our society that arouse such opposition in the first place?
“The evening of September 11, 2001, my church filled with members who spontaneously assembled with no prior announcement of a service. For a brief time Americans turned inward.
“Prayer in awareness of enemies, not to mention prayer for enemies, offers an opportunity for self-reflection; in a strange way, our enemies help to define us as much as our friends do.
”In a letter to his brother, C. S. Lewis mentioned that he prayed every night for the people he was most tempted to hate, with Hitler, Stalin, and Mussolini heading the list.
“In another letter he wrote that as he prayed for them, he meditated on how his own cruelty might have blossomed into something like theirs. He remembered that Christ died for them as much as for him, and that he himself was not ‘so different from these ghastly creatures.’
“Almost everyone has an enemies list.
“For some in the United States it may include fundamentalists and right-wing Republicans; for others, secular humanists and the ACLU.
“Elsewhere, Christians face outright persecution from governments and religions.
“True followers of Jesus, however, hold in common his stunning command to love our enemies and pray for those who mistreat us. In so doing, we join together to extend the widening circle of God’s love to those who may experience it in no other way.”
-- From “Prayer: Does It Make Any Difference?” (309 – 12), by Philip Yancy, excerpted in “Grace Notes” (pp. 279-280). Zondervan.
The book excerpted above was first published in 2006.
In the ensuring 16 years, we have seen political, ideological, cultural and faith-based polarization in our country, and globally, grow in both scope and intensity.
Persecution of Christians and discrimination against them, globally, is more widespread than ever before in history.
That’s the "bad news" (or perhaps not... it is written “consider it all joy” – and the Church is growing faster in the places where the persecution is often more intense than in the places where it is less so).
The “good news”, or “gospel” in King James English (Old English), translating the Greek for “good news” and “to proclaim the good news”, is that there’re more self-proclaimed “Christians” than ever before to be persecuted, and more who identify as such, globally, than people identifying as “holding” any other belief system commonly called a “religion” (that caveat because “no religion” is the fastest growing belief-self-identification in the U.S.A.).
In the so-called “first world”, Christians are increasingly facing legalized sanctions and socially acceptable discrimination against openly expressing their scripture-based values or practicing their morality in “the public square” or their businesses.
The number of people proclaiming themselves Christians in “first-world” populations continues to diminish, and Church attendance and membership among even those is also shrinking.
However, as brother Philip points out, there’s absolutely no reason, other than the weakness (in many of us) of our belief in the promises and commandments of Him whose name we claim and proclaim as our “religious” identity, and our pitifully inconsistent application of our “faith” in all our affairs, for any of us to act as angry with, fearful of, or hostile towards others, as they may with, of, and to us.
If The Christ and His Holy Spirit really had the intimate and complete dominance that He/They both want and offer to us in our hearts and minds, these people and parties that so upset and offend and "act out" against so many of us would be more prayed for than anybody on the planet – and God Himself only knows what miracles might ensue if we only did what He asks of us in this particular.
(Photo credit: Crystal Socha, professional Photog from Augusta, Kansas <https://crystal-socha.pixels.com/>; a (perhaps THE) "Christian" symbol, erected on a privately-owned piece of the Kansas Prairie. I'm blessed to live in a place and among people that do such things, in no small part because they help remind me to "practice what I preach" and to live out the gospel that was preached to me.)