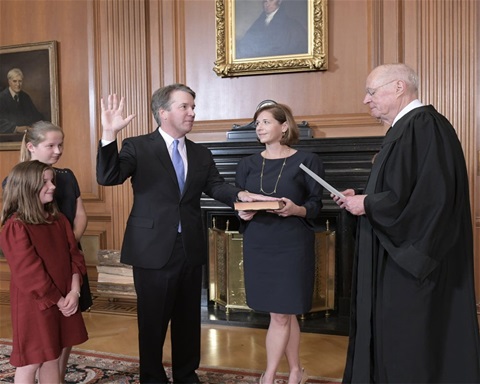 My heart goes out to every woman (or girl or boy or man) who’s been molested, abused or raped without sympathetic witnesses or protectors and can’t find someone to believe and defend them; their pain and suffering is exacerbated by the lack of justice in their situation.  I have been there.

My heart goes out to those that have had these horrible things happen and HAVE witnesses and HAVE defenders and HAVE people who believe them; their pain and suffering is still very real and relatively undiminished by whatever justice may be found, and is sometimes exacerbated by being disbelieved or dismissed in spite of evidence.  I have been there, also.

My heart goes out to those who have been falsely accused of heinous acts like these, whose lives and reputations and careers are threatened or ruined by those who would take advantage of the fact that there are so many victims of these kinds of great wrongs who cannot PROVE the offenses against them have occurred, in spite of the fact that THEY DID.  Most of us know this happens, so some of us, for a variety of wrong and sometimes evil reasons cry out “me, too!” when that isn’t so.

I have been there, too; but I was blessed to have bosses (including Female bosses) who examined the thin evidence and believed my honest denials in light of my record of service and behavior, and didn’t believe my false accuser, also in view of her record of service and manipulative behavior – so my career and reputation wasn’t seriously affected by her false accusations.

It is the nature of these allegations and crimes which involve the powerful and extremely personal, fundamental and complex thing that is human sexuality that make them so difficult to soberly assess and evaluate guilt or innocence, credibility and prevarication.  This is why strict standards of evidence, testimony and Justice become more important, even as they become more difficult to apply in emotionally charged circumstances.

Scripture says that a person should not be convicted of crime or wrongdoing without at least two credible witnesses… and makes “bearing false witness” a transgression of fundamental Divine law.  Our secular legal system operates in such a way that a single credible witness or accuser often does not constitute “a preponderance of evidence” in the eyes of a judge or jury, which is the standard in a civil trial, or guilt beyond a reasonable doubt, the standard for a criminal conviction.

This means, of course, that, sometimes, rapists, abusers, molesters and other criminals “get away with it”.

It also means that, sometimes, those falsely accused are exonerated, and usually without definitive “proof of innocence”, which, in our system, is NOT REQUIRED; it is guilt that must be proven, innocence is presumed.

Sometimes, of course, just convictions are reached on thin evidence, and unjust ones as well.  Human systems of any kind are imperfect, and human systems influenced by strong emotions and emotional reactions are even more prone to error.

Scripture also says (in Micah 6:8) “He has shown you, O mortal, what is good.  And what does the Lord require of you?  Practice Justice, love mercy, and walk humbly with your God.”

In the basic law of our constitutional system, as well as the Judeo-Christian system on which it is based, attempts to practice Justice require a presumption of innocence for the accused, even in the face of emotionally charged allegations by persons with whom we identify and have sympathy, perhaps ESPECIALLY so.

Attempts to practice Justice also require at least two credible witnesses, or at least, a preponderance of circumstantial evidence to prove guilt beyond a reasonable doubt.  Given the mutability and unreliability of human memory, something that good and experienced psychologists, psychiatrists, investigators and detectives are well aware of, hoping to reach a just conclusion on evidence or testimony that was only collected and examined years after the alleged crime is very, very problematic. It may, indeed, be impossible, depending on the nature of the crime, the evidence (if any), and the testimony.  This is why the truism exists and is codified in our law: “Justice delayed is Justice denied”, and why our laws include statutes of limitations, which is to say, time limits on bringing criminal charges against someone.

The fact the “court of public opinion” has no such standards doesn’t diminish the standards, it diminishes those who would prefer to “litigate” there.

Loving mercy and being merciful would mean not forcing someone into the limelight with decades-old allegations that would not and could not be bought forth in any reasonable justice system, to satisfy a political agenda.

Loving mercy and being merciful would mean not ignoring just practices in our treatment of those we oppose for political or ideological reasons.

It is unchristian and unworthy of any person who truly wants to practice justice and loves mercy to fail to humbly submit to God’s rules concerning these things and put their personal and political preferences before the scripture’s and the law’s standards.

It is for those reasons I would appeal to any Jew or Christian or any other person of good will and high moral or ethical standards to “walk away” from any political party, ideology, or politician that is continuing in these unjust and merciless campaigns of emotional and personal attacks on political and ideological opponents.

"Walk Away" from insults and attacks and emotional evaluations of situations and people, whether they're your own, your friend’s or family’s, your party's, your "fellow travelers", your president's or whoever's.