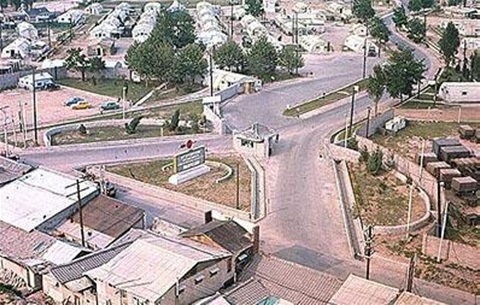 “Fear knocked upon my door, and my faith arose to answer, only to find no one there.  Then, we together saw hope and love coming down the road to stay with us.”

The most radical statement of faith in all of Judeo-Christian scripture may be that at Romans 8:28:

“And we know that in all things God works for the good of those who love him, who have been called according to his purpose.”

The apostle’s Greek words may also be read as:

“And we Know that all things work together for good to those who love God, who have been called according to his purpose.” or,

“And we know that in all things God works together with those who love him to bring about what is good—with those who have been called according to His purpose.”

Whichever way that you read it, the message is clear; if you are one of His people called (John 6:44) according to His purpose (Luke 22:42), things are going to work out, in the long run, for your good.  I have heard a version of this, said more simply and directly, from the Spirit of the Lord to myself.

Fearful that my own sin-addictions and many failures as a man, a father, a soldier, and a sergeant had destroyed my chances of being anything like a success or even adequate in any of those roles, I hit a wonderful spiritual bottom (it’s good to be in a place where the only way out is up) in the middle of one night in the early spring of 1989 in Tongduchŏn, Korea.  I had spent most of the late evening over dinner with my mentor, a highly decorated WO5 Cobra-Jock, explaining to him my arrogant and agnostic cosmology, in my typically long-winded fashion.  My dinner grew cold and mostly uneaten as I attempted to assure him that I knew that there was no divine being that could help, and thus excuse and rationalize my fears, failures, and weaknesses as “only human”.  He listened patiently, then, standing outside of the restaurant at nearly midnight, said:

“All of that’s very interesting, But I can tell you this:  you’re going to have to find something way bigger than yourself to call on for help, or you’re going to die drunk and miserable.  But, it’s very late, now… Goodnight,!”

He then headed out for his compound, and I started towards Camp Casey, where mine was.  As the full impact and implications of his advice began to penetrate my thick head, I stopped in the middle of the “Main drag” (not smart, but…) of Tongduchŏn (right about the left end of that dark patch of pavement, framed by the chimney and the telephone pole, just right of center in the lower part of the picture) and prayed this simple but fervent prayer:  “Whoever You are, whatever You are… if You’re really there, please help me!”

The answer was clear as if spoken aloud by someone standing next to me, but didn’t come thru my ears, it came directly into my consciousness as these words:

“Don’t worry, Steve.  Everything is going to be alright.”

I’ve experienced hallucinations, under the effect of drugs or extreme physical and psychological distress (I grew up in a violent and abusive “place” and as a child of the 60's); this was not like those experiences, or any other I’ve ever had; this was as “matter-of-factly” real as the pavement under my boots or lights of the gate ahead of me and the MP standing the watch there.

I’d like to tell you that I’ve never been afraid of anything since then, but that wouldn’t be true.

But I’ve also been brave (mostly), and sometimes even courageous in the face of death and serious injury, separation and distress in my relationships, personal and professional trials and tribulations, and almost everything else I can think of that this crazy and broken world has thrown at me.

As the years and decades roll, I spend less time forgetting God’s assurances and promises and more time relaxing in them.

My faith is in Him who said:  “I have told you these things, so that in me you may have peace. In this world, you will have trouble. But take heart! I have overcome the world.” (John 16:33) and, “Don’t worry, Steve.  Everything is going to be alright.”

My hope is in His faithfulness to keep His word and fulfill His assurances, despite my forgetfulness and weakness; “I consider that our present sufferings are not worth comparing with the glory that will be revealed in us.” (Romans 8:18).

And I continue to try to love Him and Love y’all, I best as I can, because:

“There is no fear in love. But perfect love drives out fear, because fear has to do with punishment. The one who fears is not made perfect in love.

My fears fade and disappear when faced and pushed thru; Faith, Hope, and Love abide, forever. (1 Corinthians 13:13)

I need fear only separation from God, where there is only fear, pain and darkness, hateful wailing and gnashing of teeth.

May God Bless and give you courage thru faith, hope, and Love.