Look! Rising up in the sky! It's a Superhero! 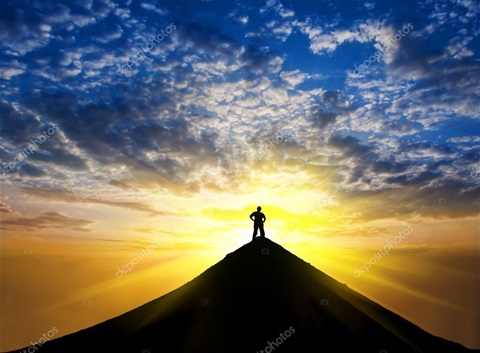 I suppose most everyone who's ever read a comic book or “graphic novel” or seen a movie featuring one or several of the various fictional super-heroes of the “pop” culture of the last 85-or-so years has, at least briefly, fantasized about what kind of superpower or powers they’d like to have.

How about this one?  You could recover from any wound, injury, toxin, or disease, and even if burnt to ashes, blown to bits, buried under a mountain, or drowned in the deepest depths of the sea, rise again, better and stronger than before.  Sound like a useful superpower?

Think of the good you could do and the people you could help or rescue if you knew that anything bad or painful or even deadly (to “ordinary” people, that is) that happened to you would be only temporary.

Most of you, dear readers, already know where I’m going with this, but, just in case:

That good-works enabling “superpower” is available to anyone, even the weakest and most (temporarily) “disabled” among us, who will believe in their heart and confess with their mouth that Jesus the Christ was crucified and raised from the dead as the way for them to be reconciled with and declared a redeemed child of the Living God.

After that, anything and everything painful, deadly, or bad, this world and its very real monsters and “super-villains” or worst circumstances can throw at you will be only temporary in its effects, and you will, eventually, rise up as Christ did, in a new and perfected form that would make the best of the movie and comic-book heroes green (or greener, in the cases of Hulk, Gamora, etc.) with envy.

So, the bottom line is, we don’t need to fear anything, including being wounded for the sake of another, just as Christ was for me and you.

It is inevitable that we will, at times, succumb to fear – fearfulness being one of the wounds we get before we even get the chance at being the superheroes we’re meant to be – but that’s covered in the miraculous healing and renewal that comes as part of our becoming superheroes.

We will be wounded – we’ll probably even die or be killed, unless, of course, the Lord returns, as He’s going to before the world manages to wear us down or otherwise “take us out” in an illusionary triumph of the wrong, the bad, and the broken.

In fact, if we Love one other as He does us, we are bound and certain to be wounded in the Loving, just as He was – He has warned us that that would be true -- but Love is our REAL superpower – so any pain, difficulties, even our deaths – are only temporary, for Love conquers all that and more.

So, charge in there and save the day, superhero!  It’s what you were born (again) for!