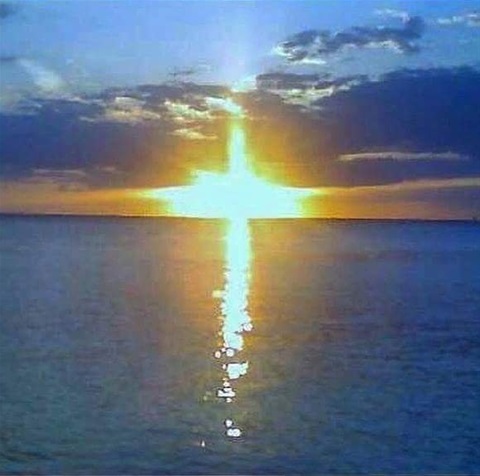 Do you think that God is sitting in eternity, wringing His hands, and worrying if enough Americans are going to vote for the right people, so that His plans for our nation and our world will come out all right?
I don't.
I think the apostle Paul, who give his life to plant churches and preach the gospel to a lost world despite shipwreck, exile, beatings and stonings, was right when he wrote, in his letter to the church group in Rome (Romans 8:28):
"And we know that in all things God works for the good of those who love him, who have been called according to his purpose. (NIV)
0ther ways to translate the key phrase in that sentence include:
"...that all things work together for good to those who love God, who...";
or: "... that in all things God works together with those who love Him to bring about what is good—with those who..."
How do you read it?
And however that is, Do you believe it?
I do.
Here's what's key to me:
"...in all things... GOD!"
The entire context of scripture preaches, and I repeat:
"...in all things... GOD!"
God hardened a new Pharaoh's heart and so set in motion the birth of a new nation, "a chosen nation", which would in turn, produce the Saviour of the world.
God used unbelieving and pagan leaders to shape and train that nation, to punish and reward it, and eventually to drive the first church congregation of Jesus Christ, Messiah, in Jerusalem, out in to the world (Matthew 28:16-20; Mark 16:15; Acts 1:7-8).
For thousands of years God has used what those who lived though them and died in them knew as horrible circumstances to bring people to Himself and spread His truths.
In today's world, the church is growing and thriving more strongly where believers are being persecuted and martyred for Christ's name's sake.
In my life and times, God has used tough times, pain and suffering, and my own sins and stupidity to bring me closer to Him and teach me humility and gratitude.
He has taken away some of my cherished liberties, capabilities, and strengths and given me "handicaps" to teach me to become "as a little child" in many ways, utterly dependent on the grace of my Heavenly Father.
(For more details of my testimony, please see www.becomingwholly.info)
I served in our Government for more than four decades and for nearly half of that time in positions that allowed me to see the behind-the-scenes workings of power in Washington and elsewhere.
I can assure you that looking to ANY political leader or party or platform to "Make America Great Again" or to make us "Stronger Together" or even to just to "Legalize Freedom" is to bow down to an idol with feet of clay... In the end, all will fail, all will fall.
What's a believer to do?
Draw closer to Him, and He will draw closer to you.
Learn to hear His voice and to follow His guidance, in how you talk to people about politics, or history or the future, or... the weather.
Find that "peace that passes understanding", plant your feet on the rock that will not be moved, and as Pastor Trevor Pound says:
"Don't freak out, Don't shout out, don't "tap out'!"
(http://redlandnazarene.net/content.cfm?id=213&download_id=172)
IN ALL THINGS... God is in control, you don't have to worry... He is working for your good.
IN ALL THINGS... God is gracious and good, all the time, even when elections or whatever is happening seems terrible. Let us be gracious with one another, even when we think the other is wrong. He was gracious with US, when WE were defiantly wrong.
IN ALL THINGS... God works... So should we. Don't give up.
May God Bless You, and thru you and others, appointed to His purposes...
believers and unbelievers alike...
may God bless the U.S.A.