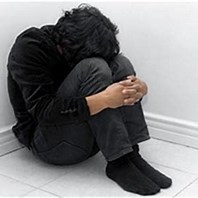 “Selfishness - self-centeredness! That, we think, is the root of our troubles.” -- William G. “Bill” Wilson

“homo incurvatus in se” (“humans curved in upon themselves”) -- St. Augustine/Martin Luther

Our obsession with ourselves, our emotions, and the effect of world events on our personal lives and prerogatives produces routine absurdities and totally unnecessary problems and hazards in our daily lives; things like traffic accidents and fatalities caused by people texting about inanities while they should be paying attention to the traffic around them.

You know, that traffic that is actually other people, trying to go somewhere, just like you ... in what should be coordination and cooperation with and consideration of those around you, above and before your conversation with somebody not even on the scene.  If even a near majority of us viewed it that way, as a cooperative effort requiring us to pay attention to and help each other, we would all get to where we want to go a lot more quickly and safely, but...

'Like reacting to news of a shooting with an immediate statement for or against gun control, while people are still en route to a hospital, or lying dead at a crime scene.  'Putting our political concerns before people's ongoing pain, because...

“I stopped going to that Church because I didn’t like the music.”

“These homeless people on the streets are bad for business and interfere with traffic!”

“Mind your own business… I’m not hurting anybody else in my addiction or drunkenness or promiscuousness.”

Jesus taught and demonstrated the highest form of love – agape – by turning outward, to others… to us, always.

He left eternal Glory to be born as a man, then live and die a torturous death for the sake of others – for the whole world.  God incarnate put the whole world before Himself, suppressing His own will, desires, and human feelings to save others (Matt. 26:36-45; Luke 22:39-45: Galatians 5:22-26).

I’m not suggesting that you totally abandon all your personal concerns and prerogatives and give away everything you’ve acquired to follow Christ – it’s not my position or place to do so – even though Christ asked that of at least one person we know of (Matt. 19:16-22; Luke 18:18-30), probably because He could see into that young man’s heart and knew that he had an idolatrous relationship with his wealth and power; He knew the “rich young ruler” was “incurvatus in se”.

The primary source of all my interpersonal difficulties is a kind of twisting and ultimately very painful scoliosis of the spirit – this sadly common but unnatural curvature of my attention and my will inward upon myself -- “incurvatus in se” -- instead of outward as it should be; as the totally divine and totally human Christ showed us.

All the apostles and disciples and men and women of God teach and preach and show as best we can – that the opposite – a turning outward towards others as Christ did towards us – is the proper posture that creates spiritual health, happiness, and ultimately, Glorification! (Matt. 7:12; Luke 6:27-36; Phili. 2:1-11)